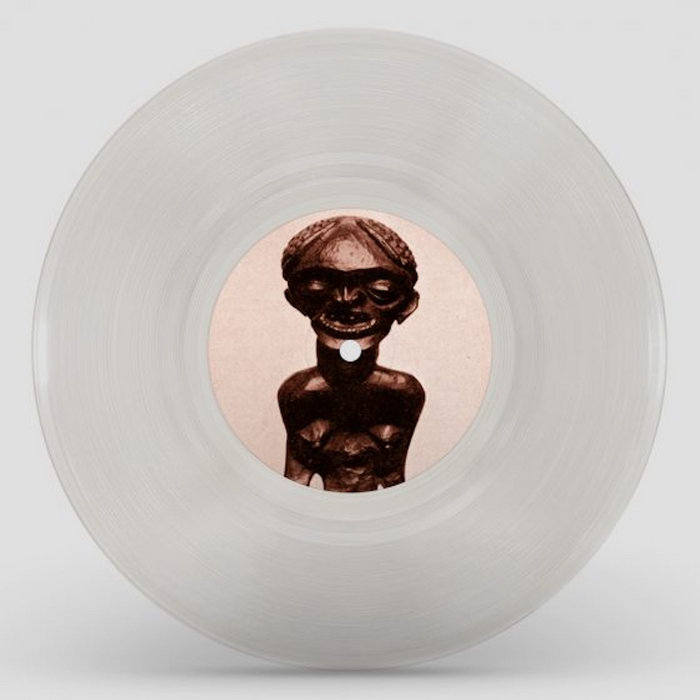 Stroboscopic Artefacts is releasing its latest addition to the forward leaning edge of electronic music with the Totem series, unfurling as a chain of transparent 10” vinyl, each of them having their own subtly divergent takes on the aesthetic space defined by techno and club culture. The Totem series continues investigations previously established by Stroboscopic Artefacts, namely the relation between sound and material object, spatiotemporality and the architecture of music. The Totem series aims collapse the artist, their intention and resonance with the public into one object, an artifact of beauty and functionality, the transparent 10-inch which becomes an emblem. In choosing a less common format for the Totem series, Stroboscopic Artefacts aims to reinforce the cognition that each of these pressings is a unique object, carrying a message that will develop as the record’s existence moves through space and time.

The second release to be pressed into Totem’s slabs of 10-inch vinyl is from techno impresario Luke Slater’s L.B. Dub Corp moniker. Slater has been operating as a pioneer, with a full deck of aliases, throughout the genre’s many corners since the days when techno was a newborn phenomenon. The stripped back sounds of L.B. Dub Corp’s last releases on the imprint have resounded naturally within the psychotropic space carved out by Stroboscopic Artefacts. The “Roar EP” injects a carefully measured dose of dance floor adrenaline, getting a gradual rolling start with its A-side “Roar”. A hypnotically simple drum machine pattern lulls us into a state of quivering vulnerability where Slater’s tweaking of the reverb and decay on the one spare saw-toothed synth element creates a kind of minimal rapture that’s enveloped by an unforeseeable boiling of tape delay and ambient space. The B-side reserves the best of what makes dub and techno friends-with-benefits. “Hard Wax” is a hard- nosed amalgamation of a hand full of dirty analog sounds that Slater deftly weaves in and out of each other. The track’s ovular syncopation of machine grit and off-beat accents give the feel of an AI drum circle rising from tomorrow’s post-industrial ashes. B2, “Sure Step Dub”, keeps the machine minimalism rolling, while living up to its name as a guaranteed dance floor spinner. Once the track’s 808 wood block and clap staple the tracks template to the listeners’ skull, the hi-hat and wobbling synth create the parameters of what becomes a bubbling party soundscape – complete with hooting vocals and a sudden ecstasy rush of strings. Full of surprises and eloquent minimalism, L.B. Dub Corp’s Totem release is going to give listeners plenty to ponder when imagining what’s to come next from the series.